The name Aquiares means “land between rivers” in the Huetar indigenous language, and Aquiares Estate is commonly referred to as “Aquiares Coffee and Community.” It is the largest farm in Costa Rica and home to 1,800 people. Although the farm was founded in 1890, Alfonso Robelo is the man responsible for its transformation a century later. Alfonso arrived in Costa Rica in the 1980’s seeking refuge from the civil war in Nicaragua, where he was politically active. When politics soured into violence, he fled the country to keep his family and himself safe after receiving several threats against his life. Once in Costa Rica, Alfonso began building the Aquiares community on the enchanting slopes of the Turrialba volcano, a lush area of forests, rivers, fauna, and bright flora.

Alfonso challenged the status quo, transforming the relationship between landowner and farm workers. He brought a visionary approach to Aquiares, a farm suffering from low prices and instability. Aquiares had more than 200 employee homes on the farm, but because none owned their home, there was great insecurity in the workforce. Alfonso saw this as an opportunity to strengthen the company by having people feel pride in the coffee they produce. He evolved the farm into a small town where workers purchased their own homes. Today, Aquiares remains a model of sustainable agriculture.

Nowadays Alfonso’s son, Diego, manages the farm. Under his lead, the farm has taken a fresh approach to specialty coffee and exploring the farm’s potential. Through excellent agricultural management, embracing new varieties, and experimenting with processing, Aquiares has become a trailblazer among specialty coffee producers in Costa Rica and all of Central America.

Aquiares focuses on carbon neutrality and measures its greenhouse gas emissions to calculate its carbon emissions against its offsets. An agent verified under the International Panel on Climate Change norms verifies these calculations and Aquiares’ carbon measurement and emissions reduction are part of Costa Rica’s Nationally Appropriate Mitigation Action. In addition to capturing carbon, the farm’s protected biological corridors have long ensured the wellbeing of local animals and plants. Aquiares also welcomes researchers from around the world to conduct agricultural and environmental studies on their land. Projects have included investigating the benefits of agroforestry on soil health and observing the diverse bird and wildlife species that thrive in an agroecological environment.

Aquiares is an example of innovation and perseverance whose benefits extend beyond the farm and workers and serve as a model for sustainable, equitable production for the broader coffee industry. The lots selected by Ally Coffee from Aquiares represent our shared commitment to sustainability, equity, and innovation.

Esperanza is an F1 hybrid variety generated by a cross between Sarchimor T-5296 and wild Ethiopia ET-25. This variety is unique to Aquiares and is well suited to the farm’s terroir. Originally identified as L04A05 when it was developed, Aquiares chose the name Esperanza, which translates to hope in English, to indicate the hope that experimental varieties like this offer for the future of coffee farming in a changing climate. This lot was Honey processed and dried on raised beds in a solar dryer for 18-24 days. 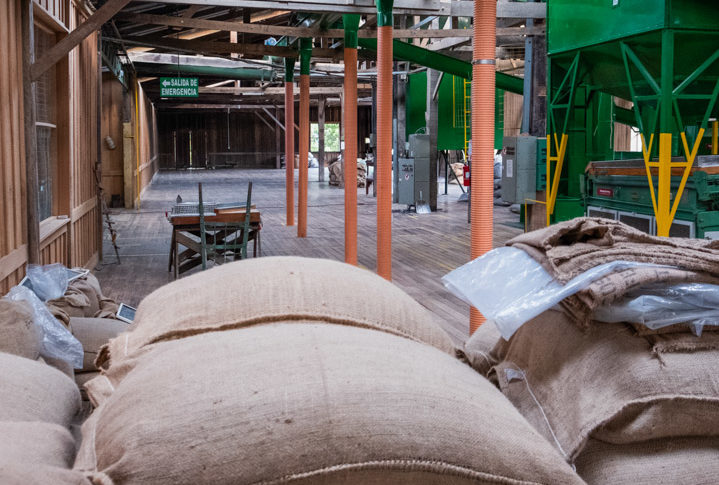 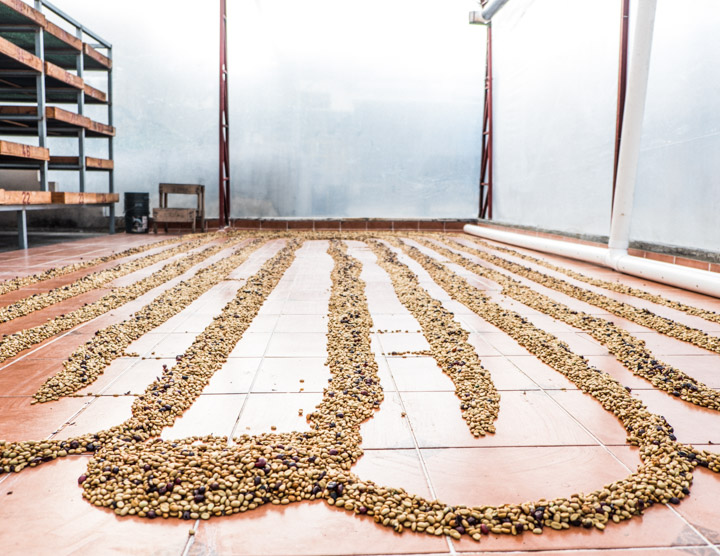 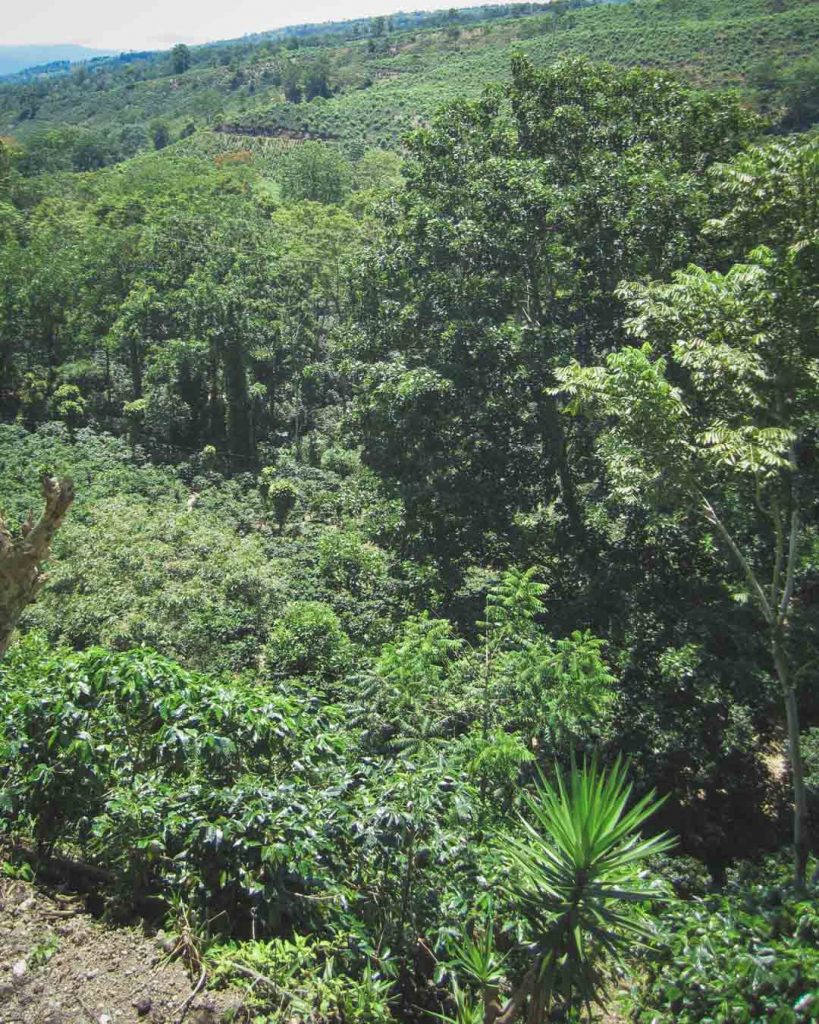 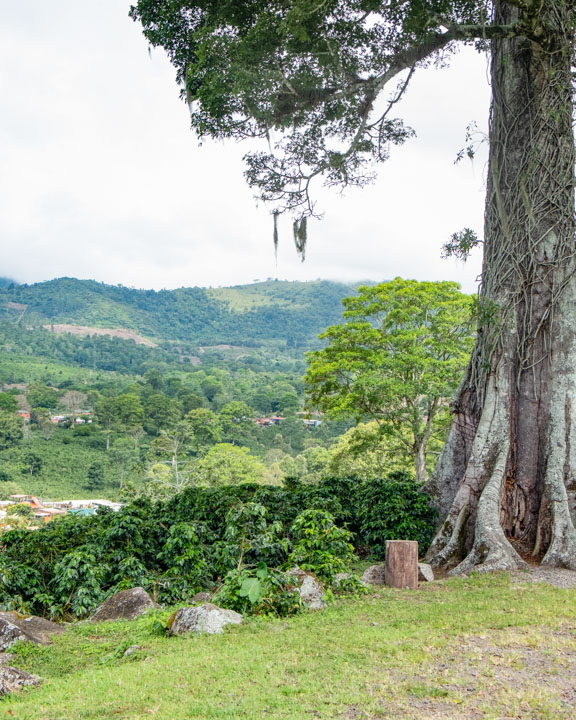 The region of Turrialba is Costa Rica’s hidden coffee gem. The city of Turrialba is a modest agricultural town in the Province of Cartago, and the coffee farms spread throughout the Canton of Turrialba, from smallholder plots to the country’s largest estates, produce coffees with a range of cup profiles and the most interesting genetic legacies.

Turrialba is home to CATIE, the Center for Tropical Agricultural Research and Education, one of Central America’s premier crop research and development sites as well as one of Latin America’s largest living coffee tree variety collection. Along with other research institutions, CATIE helped produce many of they hybrid and selected coffee varieties now common in Costa Rica and neighboring countries.

The Turrialba Volcano is still active today—it began erupting more consistently starting in 2014—and the region’s volcanic soil is rich with nutrients. The area’s farmers grow vegetables and sugarcane as well as coffee and landowners in the lower area raise beef cattle. Turrialba’s productive land supplies much of Costa Rica’s domestic needs and coffee prepared for export passes through the area’s private mills, which are more common here than the cooperatives organized in other cantons. 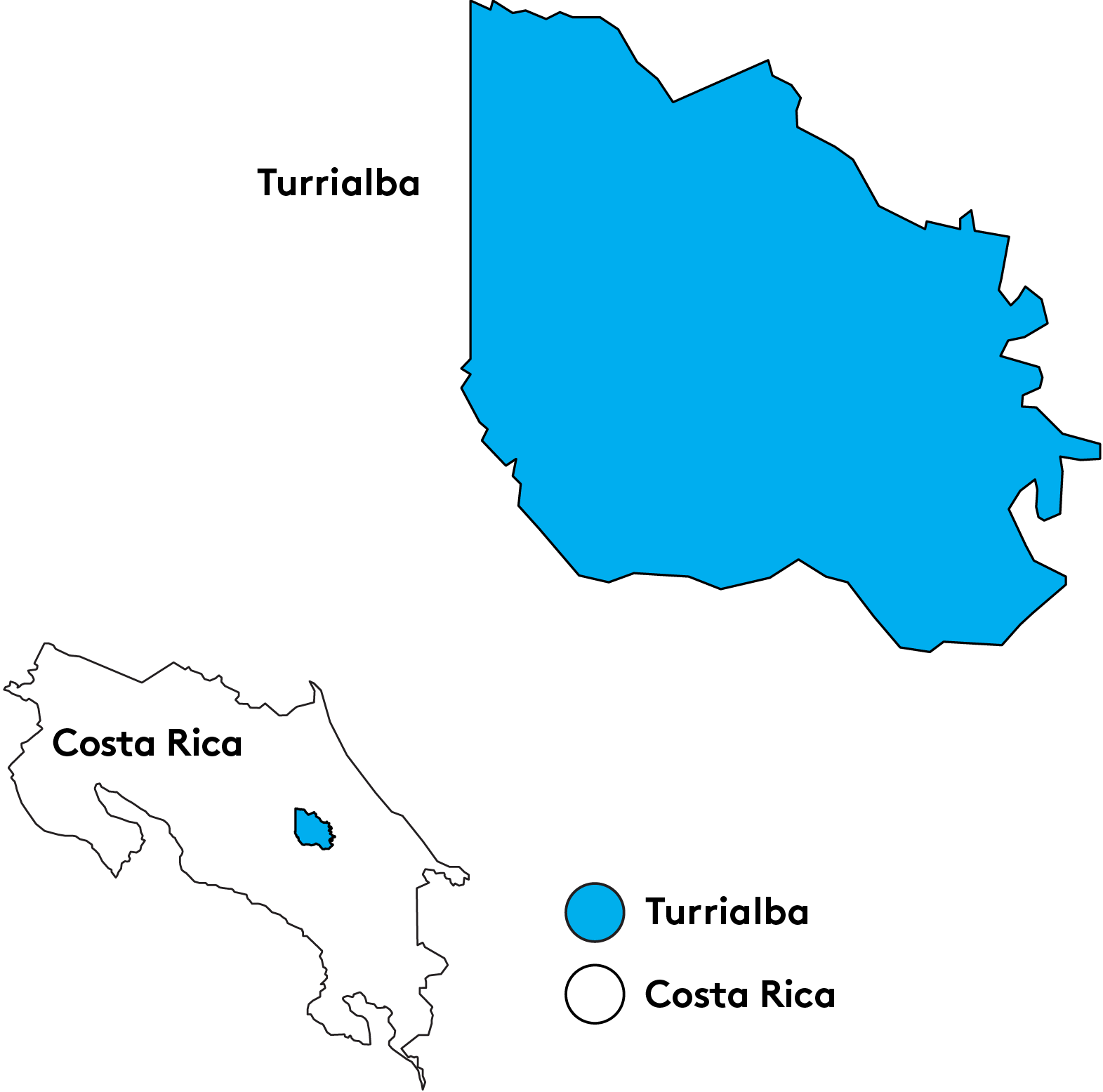