Shakiso is a woreda, or district, in the Guji Zone of the Oromia region. The Shakiso Wako Organic coffee comes from the Tade GG farm and is processed at the Sewana washing station in the kebele, or village, of that name. As an organic coffee, the Shakiso coffee was grown without the use of any herbicides, pesticides, or other agrochemicals. The washing station assigns each lot an ID code to maintain traceability. This lot was grown between 1870 and 2000 meters above sea level.

The coffee varieties in this lot, heirloom locally selected sub variety 74110 and 74112, are common in the Guji zone. They were developed in the 1970’s at the Jimma Agricultural Research Center (JARC) for resistance to the coffee berry disease. These two varieties begin with “74” to indicate their cataloging and selection in 1974.

Variety 74110 was selected from an original “mother tree” in the Bishari village, Metu Province, Illuababora zone, Oromia region. After researching its resistance to coffee berry disease and overall yield, JARC released the variety in 1979. 74110 trees are short and compact, with small leaves, cherries, and beans.

Variety 74112 also originates in the Metu-Bishari forest and was similarly released in 1979 for its disease resistance and yield potential. Its trees, too, are small and compact. 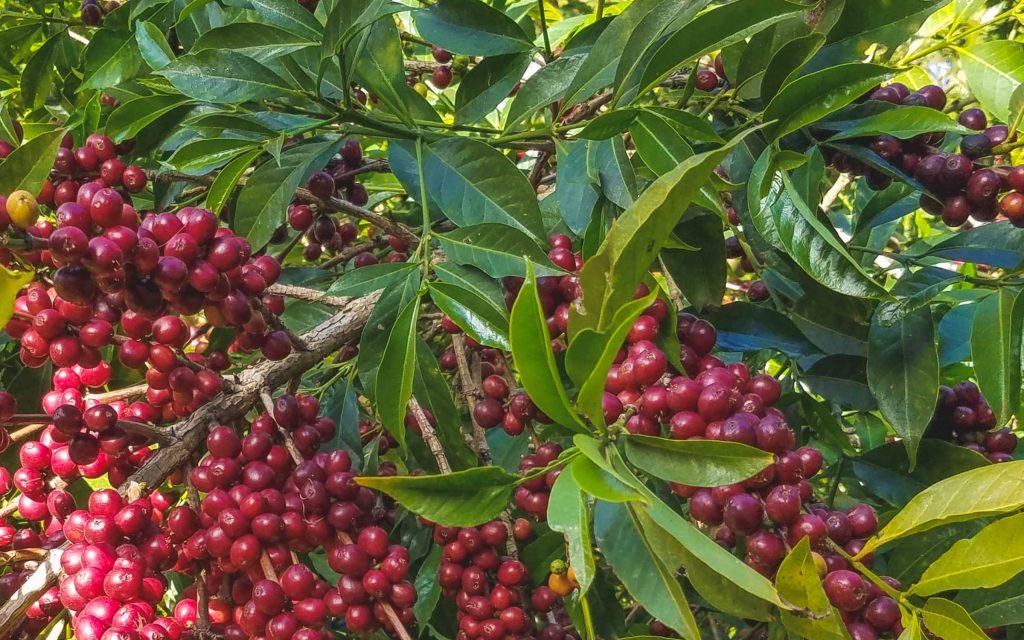 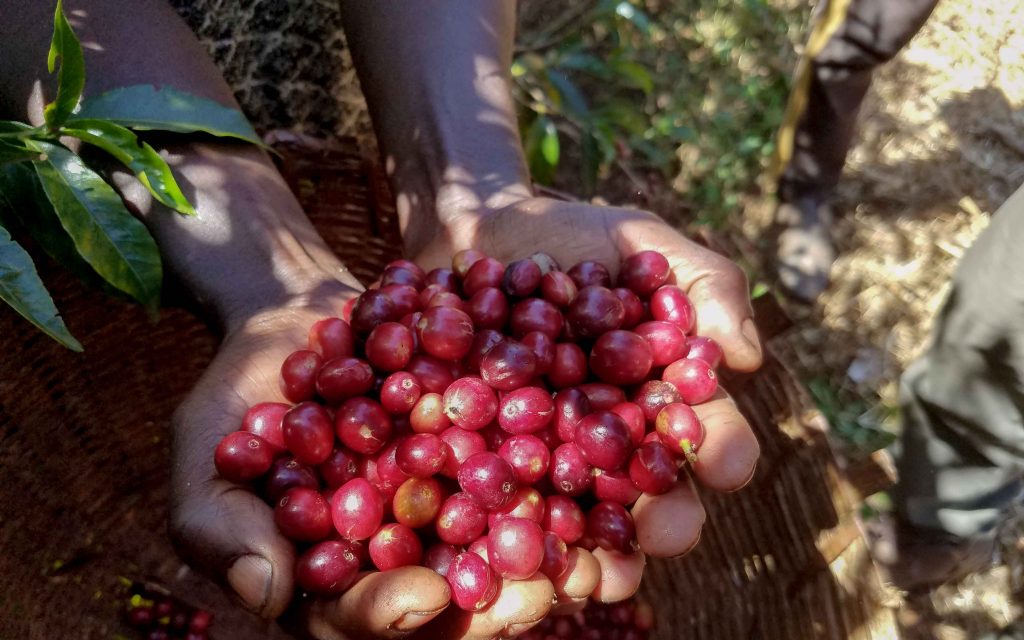 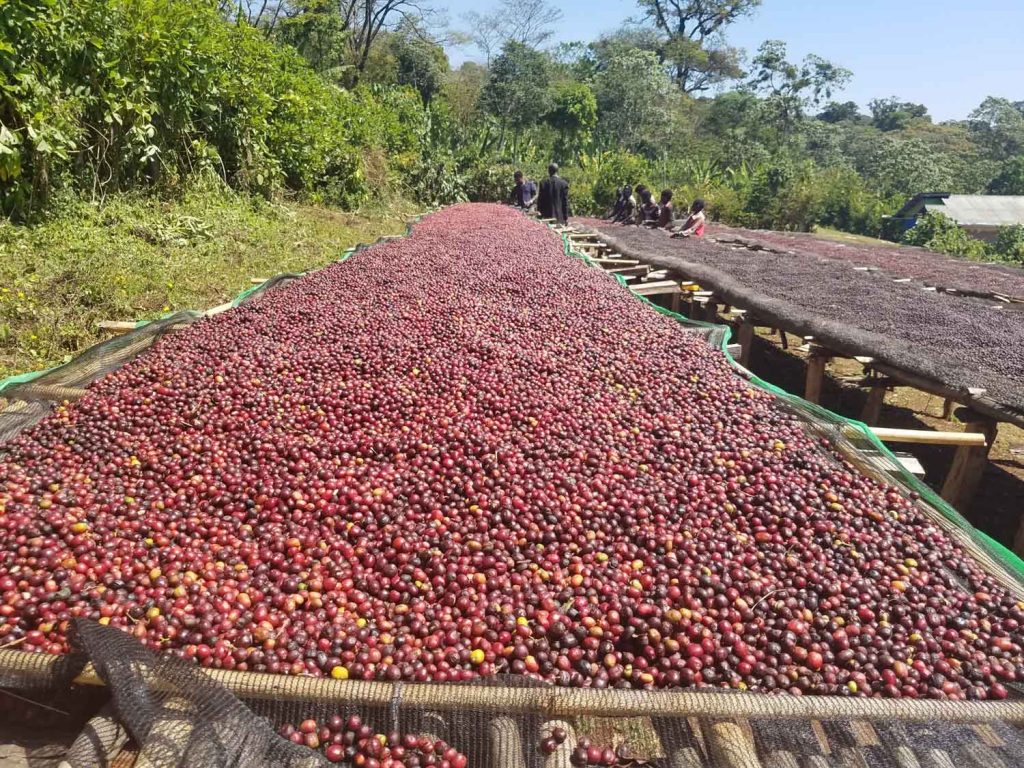 Guji is a zone in the Oromia Region of southern Ethiopia. Most residents of this region are Oromo and speak the Oromo language, which is entirely different from the Ethiopia’s main language of Amharic. Like many of the country’s coffee growing regions, the culture of the Guji Zone varies from woreda to woreda and speaks to the diversity of people who cultivate coffee. More small washing stations are being built in Guji to respond to the demand for improvements in processing to fully capture the range of attributes found in Ethiopian coffee. The zone’s principle fresh water source is the Ganale Dorya river, which also acts as the boundary line with the neighboring Bale zone to the east. 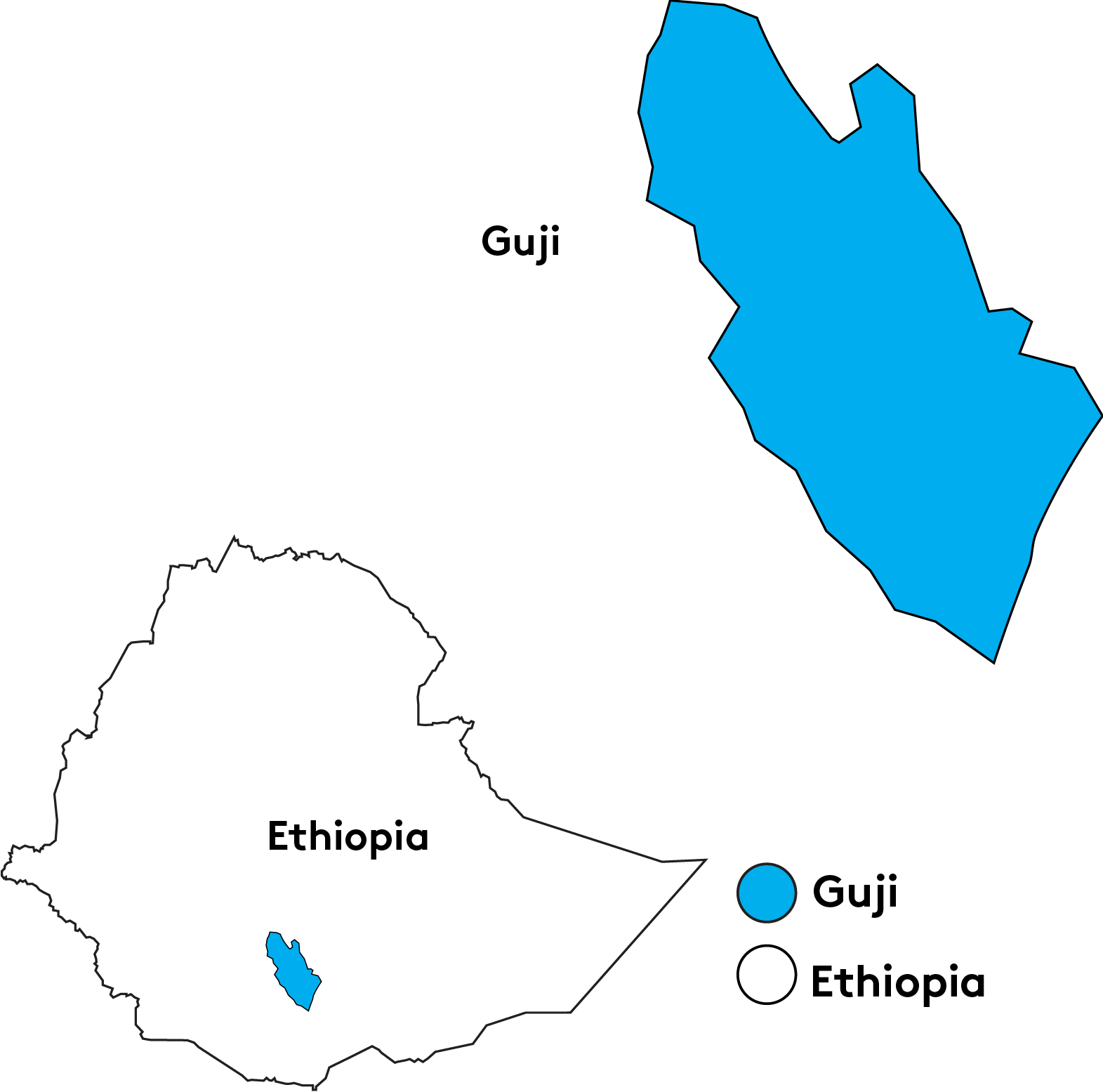